The southernmost forest at Cape Horn Large tract of pristine lowland rainforest, dubbed "The Last Eden" or "The Last Place on Earth" due to its virgin wildlife. Local chimpanzees, as well as other animals, have never met humans – it seems that humans have never lived here. Unique forest with stands of giant sequoia trees (Sequoiadendron giganteum) – the largest trees in the world. This is the easiest to access sequoia grove but also contains the largest trees – five of the ten largest trees on Earth are located in this grove. Area – 7.6 km2. In California are located several more notable groves of these giant trees. 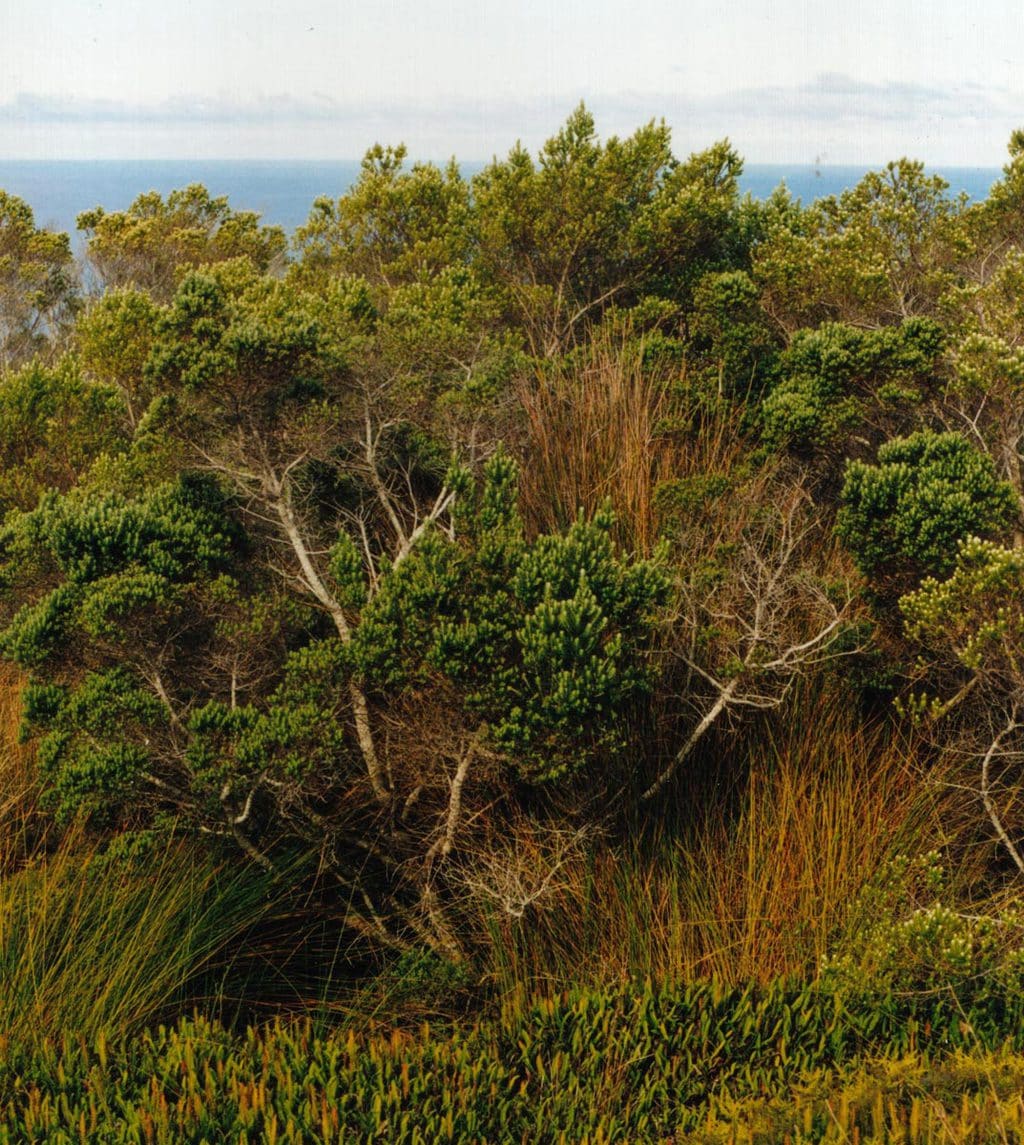 The only remnant of the dense forest of Phylica arborea – an subantarctic tree. This forest covers 8 ha, earlier, before the human inflicted forest fires it covered large part of the island.

The forest of Christmas Island is unique in the world due to dominant species – some 50 – 100 million red crabs (Gecarcoidea natalis) – clearing the forest floor of leaves and other organic matter. These crabs are endemic to Christmas Island. Once per year they migrate to the sea to lay their eggs, on the way blocking the roads and paths.

The northernmost grove of trees in the world. It consists of low stands of Dahurian larch (Larix gmelinii (Rupr.) Rupr.).