There are thousands of wonders in the world News about the wonders

Discovered the tallest tree in Tibet

Chinese scientists have discovered the tallest known fir and the tallest tree in Tiber. This Salween fir (Abies ernestii var. salouenensis) was found in Zayu county and its height after multiple measurements from drones is 83.2 m.

Published results of an unusual research that required climbing of the majestic rock towers in the Valley of the Gods in Utah, United States. Such tall rock towers experience bending, twisting and other types of movements due to wind, earthquakes and other events – similar to trees or tall buildings. 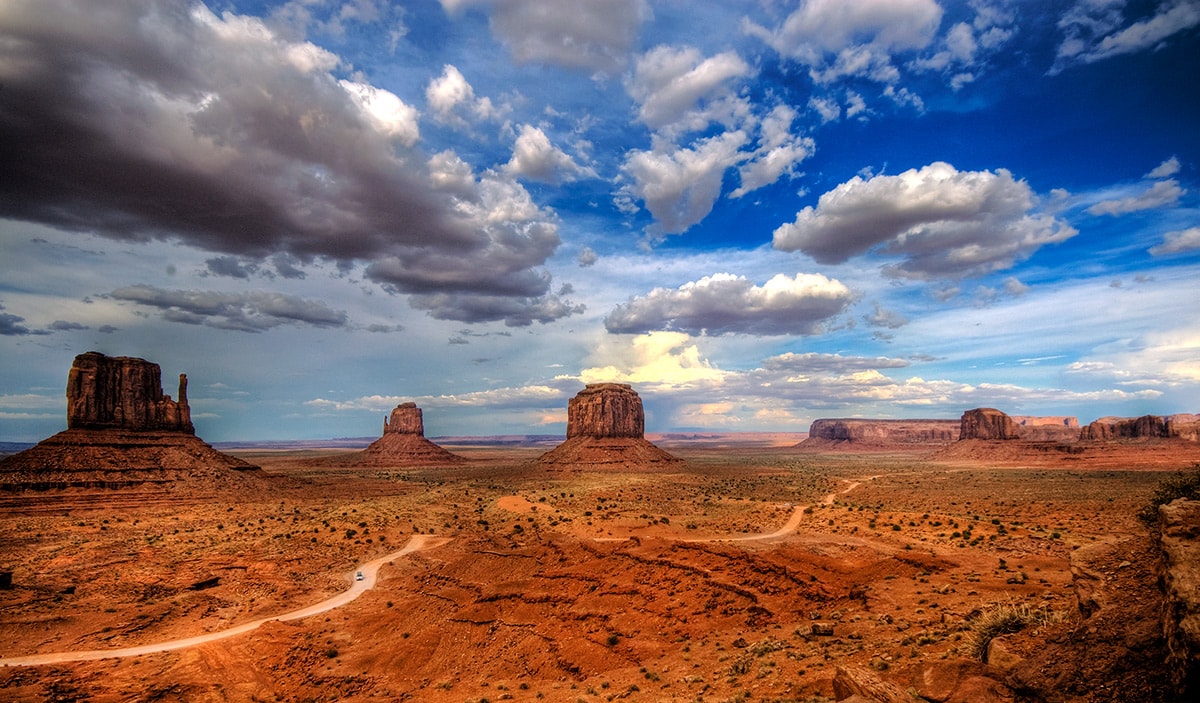 In Mandrin Grotto (Auvergne-Rhône-Alpes, France) have been discovered the oldest known remnants of Homo sapiens in Europe (besides some amazing finds from Greece). Teeth of seven people and several stone tools were left there sometimes between 56,800 and 51,700 years ago – 12 thousand years earlier than known thus far. At that time humans there were living among Neanderthals – in fact in this same grotto afterward lived also Neanderthals! In the famous Chengjiang Fossil Site (China, Yunnan) has been discovered a fossil of some 520 million years old sea creature named Erratus sprerare. This prehistoric arthropod is a kind of the missing link between the more primitive breathing creatures and modern arthropods who have biramous limbs: legs with breathing organs – gills – on them.

Cesvaine Palace (Latvia) will reopen after 20 years of rebuilding and restoration. This palace was constructed in 1893 – 1896 and was ravaged by fire in 2002. One of the oldest Buddhist temples discovered

Italian archaeologists have found remnants of one of the oldest Buddhist temples near the center of Barikot City in Khyber Pakhtunkhwa, Pakistan. This temple was built in the 3rd century BC when there was an unusual Indo-Greek kingdom. Archaeological excavations in Barikot are ongoing for several decades already, uncovering amazing finds about the enlightened kingdom that had much influence also from the Macedonian conquests by Alexander.

The extensive restoration of Lalbagh Palace in Indore has been accomplished. This large palace was built comparatively late: it was completed only in 1926. Owners – the once-influential Holkar Family – lived there until 1978 but since then the palace fell into disrepair, the second floor was disfigured by fire. Now the building with its ornate interiors has been renovated thanks to financing from diverse public funds and the meticulous work of restorers. Interesting update over the extensive research of amazing, little known archaeological monuments – the incredibly complex stone settings that were created millennia ago in the deserts of the Middle East. Researchers have identified and analysed 164,600 suspected archaeological features in the north-western part of Saudi Arabia!
Image shows related structure that, most likely, is located in Israel. The beauty of one of the most beautiful natural landmarks in Kosovo is endangered by the development of the infrastructure for mass tourism. Through the forest towards the falls is built 10-15 meters wide road and electrical networks. Archaeological research in the Sakaro Sodo site (southern Ethiopia) shows that these impressive megaliths were emplaced here approximately 2000 years ago. Earlier it was considered that megaliths here were created much more recently – around the 12th century AD.

Vikings arrived in Newfoundland in 1021 AD

Earlier it was estimated that the only confirmed Viking site in the Canada – L’Anse aux Meadow in Newfoundland – was founded around 950 – 1050 AD. Now the precise year of its founding is known – it is 1021. This has been found out through the modern analysis of the content of radiocarbon in the samples.

The world’s deepest (known) caves are located close together in the Western Caucasus, Arabika Massif. The third deepest cave – Sarma Cave (1,830 m) is located in these gorgeous mountains as well. The modern, powerful and enlightened Europe was born in Florence in the late 13th – early 14th century, when Renaissance started there. It is possible, that this city has the highest concentration of art values in the world. There are two giant, ancient yew trees in the churchyard of the Hambledon Church. Especially large is the Hollow Hambledon Yew southeast of the church. It has a circumference of 9.91 m.

A blue pool of hot water in the picturesque Tokaanu geothermal area. In 1950ies it was a geyser that erupted more than 100 m high, but gradually it subsided and in late 2002 erupted approximately 1 m high. Now it is dormant or extinct.

In the picturesque Tokaanu geothermal area are located several springs that sometimes turn into geysers. One of them is Taumatapuhipuhi Geyser – a hot spring that erupts some times per year. A beautiful waterfall on the tributary of Cross River. This vertical plunge is some 40 m tall and with small islands is divided into several, reportedly, seven streams. In this category are included man-made landscapes where the plants and natural materials (such as rocks, and gravel) play the main role. A gorgeous natural landmark of Florida is Three Sisters Springs – a pool that is formed by three powerful springs. Hundreds of manatees often come to the lucid, blue-green water of this spring pool. In one of the Dead Cities of Northern Syria – Qirqbize – are ruins of a comparatively large building. This is Qirqbize church – a very old church building that, possibly, was built in the early 4th century AD. The most magnificent historical palace in Latvia is Rundale Palace (Rundāle Palace). This large Baroque palace was built as a summer residence for the Duke of Courland and Semigallia Ernst Johann von Biron in 1736-1768. Today it has been meticulously renovated and is surrounded by gorgeous, immense gardens and parks.