Here a very thick layer of pumice and ash has created a dry area where the water permeates the ground too fast to sustain the vegetation. An enormous waterfall that has been largely transformed by artificial dams. It is horseshoe-shaped, 457 m wide and 12 m high. Its flow rate is quite high – 874 m3/s. This theatre was constructed in a mix of Art Deco and Neo-Gothic styles in 1926. After lengthy attempts to save the theater, it was restored in 2004.

The central administrative building of the state of Oregon. This is an unusual Art Deco structure that was constructed in 1936-1937. The dome rises 51 m high.

Crack in the Ground

Unusual volcanic formation – some 3.2 km long and up to 9 m deep crack. It formed by the sinking of an enormous block of the ground after a volcanic eruption. It is possible to walk on the base of this crack. 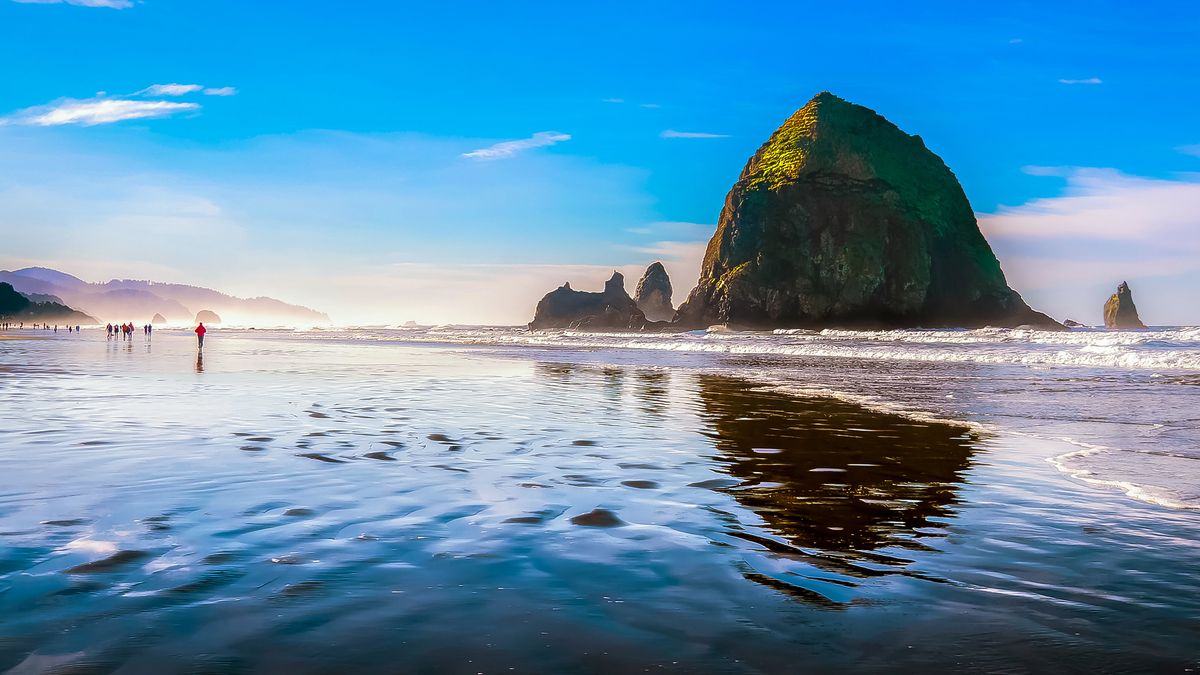 72 m tall basaltic rock stack in the sea, near the beach. At low tide, it can be reached by foot.

Californian laurel tree at Myrtlewood Trail has a circumference of 15.27 m. The trunk is much wider at its base – hence the enormous circumference.