This category includes natural sites where water, other liquids, and/or gases reach the surface of the Earth, including locations underwater.

Springs belong to the most "practical" monuments of nature – freshwater springs often serve as important sources of potable water. Thousands of localities with hot springs and mineral springs around the world have developed health care and resort services.

This has led to an unusual situation, wherein the word "springs" is associated with calm and expensive health resorts; whereas the real springs of long ago are instead covered with magnificent buildings.

Powerful natural freshwater springs belong to the most fascinating monuments of nature. Even more exciting is the diversity of unusual springs – mineral springs, hot springs, submarine springs as well as the unusual black smokers. Especially beautiful are such natural rarities as travertine, silica or salt terraces created by warm and hot springs and, especially, geysers.

Springs are a comparatively less studied and explored group of natural phenomena. While it is widely announced that the largest freshwater springs in the world are in Florida; it is less common knowledge that there are even larger ones in the Balkans and Papua New Guinea. We cannot be even sure that we know the largest ones. Even such much sought-after landmarks as geysers are discovered anew – in 2009 a new geyser was discovered in Kamchatka.

This diverse category of landmarks does not have a single criterion. Springs need to have very unusual features and/ or to be exceptionally powerful to be included here. All geyser fields and large spring-formed silica/travertine/salt terraces and other unusual formations fit here.

As most springs contain some dissolved substances, mineral springs should also need to have exceptional characteristics to be included here.

The most common springs are "cold" freshwater springs: in general, the water of these springs tends to have temperatures that are similar to the average yearly temperatures of their respective localities. Such springs mark locations where the aquifer surface meets the ground surface. If a spring is coming from a confined aquifer, it might be forced to flow to the surface. This is an artesian well.

Some of the most powerful springs of the world are river rises – resurgences of rivers after traveling for shorter or longer distances underground. River rises in a way are not true springs and they contain brownish surface water.

Often it happens that the roof of the underground river at some places collapses. These locations are karst windows. Sometimes part of the stream in karst windows is discharged to the surface, while a major part of the stream continues to flow under the ground (see Indian Spring in Florida). This certainly is a true spring – but only the part, which is discharged to the surface, is counted.

Somewhat less common are thermal springs, which have a significantly higher temperature than the mean yearly temperature of their respective localities. In some polar regions, even a 7 °C warm spring is considered a thermal spring.

The water of mineral springs contains dissolved substances and can have an altered taste and various other characteristics. Mineral springs are divided further according to chemical composition e.g. salt springs, chalybeate springs, soda springs etc.

Geysers are erupting springs and belong to the most unusual geological attractions. Although geysers are very rare (approximately only 1000 active geysers known), they are found in 20 – 22 countries of the world – more than people generally imagine.

Fumaroles are locations near volcanoes where steam and diverse gases are emitted. Fumaroles emitting sulphurous gases are named also solfataras. In a few cases, these landmarks can be unusual. Such is the case with the fumaroles around Mount Erebus in Antarctica, which have formed towers of frozen ice up to 18 meters in height.

Mudpot – This is a location where weak hot springs or fumaroles reach the surface, containing fine particles. Sometimes these landmarks have unusual colors due to the specific chemical composition of the spring water.

On the ocean floor there are sea vents, or, locations where superheated water from beneath the Earth’s crust is discharged. These springs are of a fascinating variety and are often called black smokers, with some varieties being called white smokers. Other kinds of little-known landmarks are cold seeps, or locations where the ocean bed is slowly seeping hydrocarbon (e.g. methane) rich fluids.

The category of springs has the following subdivisions: Some of the best-known travertine terraces in the world, in a bright white color, 2700 meters wide and up to 160 meters high. Terraces have been shaped by 17 hot springs. Possibly the largest travertine terraces in the world, they extend for 3.6 kilometers and are deposited by mildly thermal springs. Two spectacular geysers – Geysir and Strokkur – are located close together. Geysir has given the name to the geological phenomenon of geysers. Geysir has been up to 100 m high in the past. Strokkur is very intense, erupting 25 – 35 m high every 4 – 8 minutes. In the area are some more geysers and hot springs. These hot springs have produced some of the most impressive travertine terraces in the world. Very interesting and rich geyser field at the site where two fault lines intersect. Here the geysers contain highly acidic water, which is rare in the world. Here is located the tallest active geyser in the world – Steamboat Geyser. It erupts rarely, but then – up to 116 m high. Amazing is the beautiful Echinus Geyser – the largest acid geyser in the world with interesting formations around it.

This geothermal area ontains such interesting features as Excelsior Geyser – a large pool that a century ago exploded up to 91 m high. Here is also the amazing, colourful Grand Prismatic Spring.

One of the largest geyser fields in the world with almost 300 geysers. Here are located some of the iconic geysers in the world – Old Faithful Geyser (32 – 55 m high), Beehive Geyser (45 – 60 m high). Giantess Geyser erupts several times in year up to 60 m high, eruption lasts for 1 – 43 hours. Second richest geyser area in Yellowstone. Here are such geysers as Great Fountain (up to 67 m tall), Clepsydra, White Dome (geyser with high cone, erupting up to 9.1 m), Fountain.

Contains Fishing Cone – a geyser cone in lake water. One of the amazing geysers here is Overhanging Geyser – located on an overhanging cliff above Yellowstone Lake. It is amazing to imagine how the hot water is accessing this geyser. The geyser field includes also geothermal features under the lake level. The third largest hot spring in the world. The enormous spring pool and its surroundings are adorned with microbial mats in vivid colors. The spring pool has a diameter of 91 meters and a depth of 49 meters. Two tufa and travertine mounds, the largest is 27 m high and 79 m wide. These mounds have been formed by warm thermal springs (21°C) and consist of numerous smaller rimstone pools. 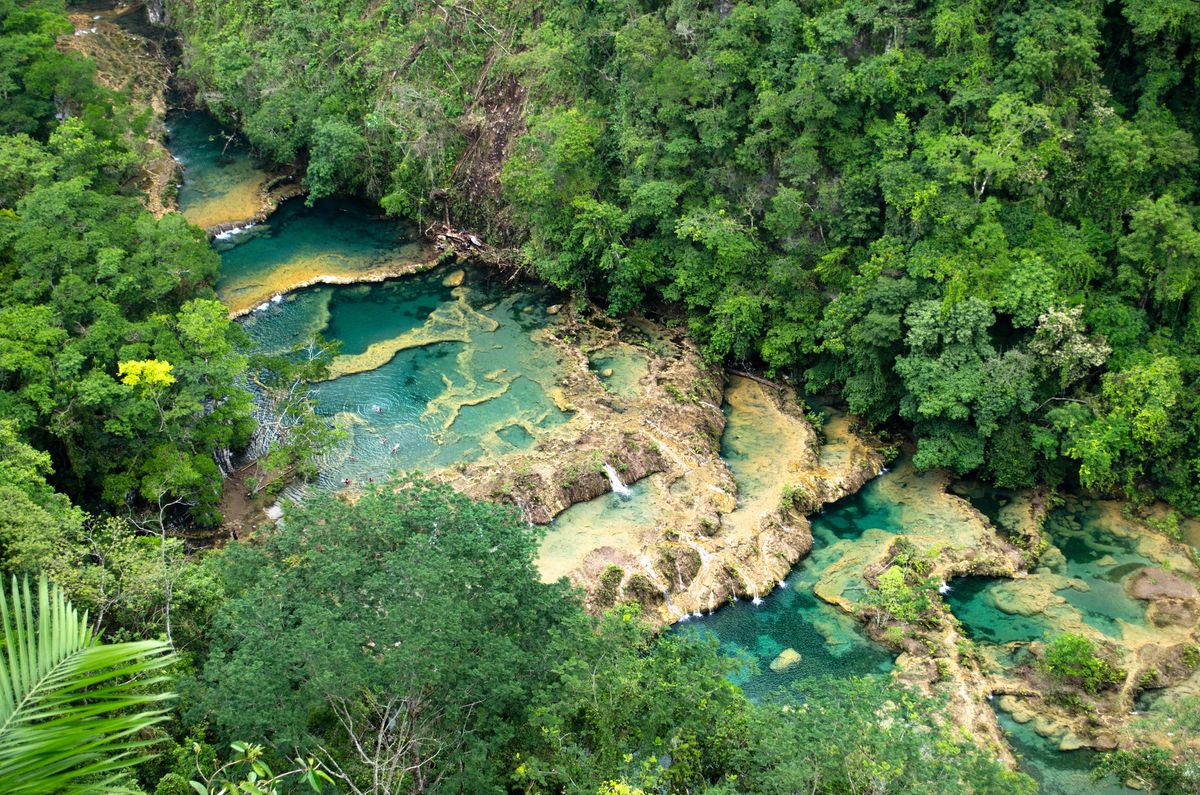 The Springs of Florida

The deepest and largest known springs in the world are found in Florida. This book is a guided tour of these beautiful environments, offering many rare underwater photographs. Beginning with a history of the formation of Florida’s springs eons ago and ending with a strong caution on cave diving safety, the reader journeys through these crystal realms, the emphasis always on the natural inhabitants. With many striking photos of these creatures in their natural habitat, this book also serves as a field guide for identification.

Springs and Bottled Waters of the World

This book provides information about springs, mineral waters, and thermal waters used for municipal, industrial, and agricultural water supplies and the rapidly expanding bottled water industry. The role of springs is described for ancient civilizations, military campaigns, and, in more recent times, for tourism and health spas. In addition, their source, occurrence, and methods for development and use are described. The book contains data obtained from major hydrogeologic databases and from leading hydrogeologists.