Gemstone mines and other finds

Described gemstone mines and other finds

Gemstones are decorative stones of high value, used in adornments, mostly – in jewelry.

More than 100 other kinds of natural stones are gorgeous gemstones as well but are used less frequently due to their extreme rarity or rare occurrence of gemstone quality samples.

Main distinguishing qualities of gemstones are:

While such gemstones as diamonds can have classic mines with state-of-the-art equipment, very often the gemstones are mined by hard manual labor.

Even in their places of finding gemstones are scarce and one needs to sift tons of rock to find a gem.

"Gem fever" can start with a lucky find of two – three beautiful stones. Often nothing more is found – but sometimes findings continue and then more and more people arrive in the search of luck.

Sometimes the gemstone mine is exhausted in one or two years. But sometimes gems are mined for millennia and such mines become legendary – such as the lapis lazuli mines in Afghanistan (Sar i Sang) and Tajikistan (Ladzhuar-Dara) or Maya jadeite mines (El Ciprés in Guatemala).

The process of gem mining is far from graceful and romantic. In less developed countries gem mining communities too often are living in terrible shanty towns and are suffering from violent crime. Gemstone mines for the most part are dangerous ratholes that can collapse over the heads of miners.

After their finding gems travel from one hand to others, miraculously becoming more and more expensive. Finally, the miners earn just a tiny fraction of the final price of the gemstone.

Irrespective of the hustle around the gemstones they are beautiful. Many rare coincidences were needed to create them – extreme pressure or exceptionally long time periods with very even natural circumstances and purity. One can think that gemstones are a kind of summit in nature’s achievements, at least in the realm of inanimate things.

Nothing compares to the feeling when one takes a jewel in hand and looks at it. Legs may become a bit shaky, heart beats faster and, after a longer look at the gem, everything else feels pale and dull. Gemstones certainly have miraculous charisma and have influenced many lives by exposing the hidden nature of many people.

There are the following articles about the gemstone mines and finds: 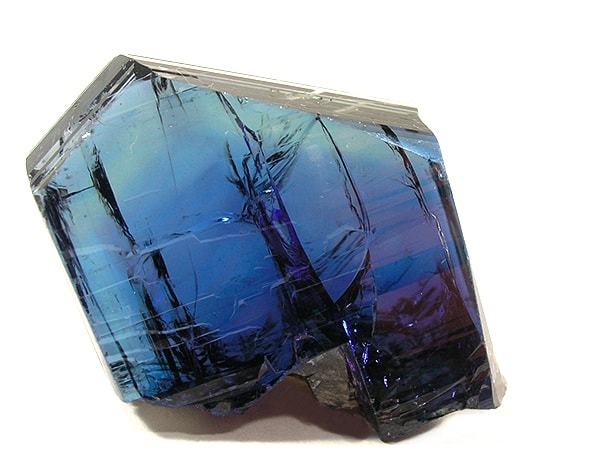 In the western side of the Great Sand Sea can be found pieces of pure, transparent silica glass (Libyan Glass) – the only such find in the world. The largest pieces are up to 26 kg heavy. It has been used as a jewel already in Ancient Egypt. Possibly created by the impact of a large meteorite.

Here, in the tropical forests are found some of the finest emeralds in the world.

A fairly recent find of top-quality opal with an unusual effect. When these stones are immersed in water, they become fully transparent.

Rich find of beryls, where reportedly is (or was?) located the largest crystal in the world. This beryl crystal is 18 m long, with a 3.5 m diameter, weighs 380 tons. Here has been mined beryl, columbite-tantalite.

Pegmatites with numerous rare minerals and large crystals of precious stones. There are found high-quality crystals of verdelite, beryl, topaz, spodumene, citrine and other minerals.

Ancient, more than 2000 years old mines of turquoise, considered to provide the best quality turquoise in the world. Mine is closed now. Legendary, nearly inaccessible, and for long centuries secret mine of high-quality lapis lazuli – lazurite. It is extremely hard to access, thus adding value to this gemstone. Rediscovered in the 1930ies.

For several millennia there is mined the best lapis lazuli in the world. One of the largest impact craters in the world, with a diameter of 100 km. Created approximately 35.7 million years ago (Eocene) by a 5 – 8 km large bolide. Here are found up to 1 cm large, very hard diamonds created by the impact. Rich find of some of the best emeralds in the world.

Finds of the best-known kunzite and other types of spodumene crystals (gemstones up to 1 m long), as well as tourmaline (possibly the best elbaite in the world), beryl (morganite, aquamarine and other types), garnets and other gems.

In this lignite mine, the largest known pieces of amber are found. The largest extracted piece was 3.5 m long, 1.5 m wide and some decimeters thick, but layers of amber in the lignite are even 130 m long.

Now legendary, abandoned sapphire mines where the best sapphire in the world was mined. Ancient mines that are up to 50 m deep. The best find of gemstone quality clinohumite – transparent stones in the color of fire. Clinohumite here is found together with another very valuable gemstone – spinel – that was mined here since the 8th century AD. Hpakant jade mine (Phakant mine)

Major find of high-quality jade. The world’s largest jade stone has been found here – it is 21 m long and 6 m high. 414 m tall mountain with one of the last stands of primeval forest in Saint-Lawrence valley. Mountain has very high mineral diversity, here have been found 366 minerals, many are unique or near-unique to this site. Here was discovered poudretteite – seven pieces of this beautiful gemstone have been found on this mountain. A legendary site, known also thanks to frequent observations of UFOs.

The only place in the world where is found blue jadeite. This stone was the most valuable material for the Olmec civilization.

The only significant find of the extremely rare red beryl. The find of the near-unique lloviznando opal – a variety of opal with a near transparent, light blue color and phenomenal play of colors. Finds of these opals are very rare, but here are found also fire opals of exceptional quality.

Tablon mine of seam opals

Some of the most beautiful and expensive opals in the world, with extremely bright iridescence. May cost up to 5,000 USD per carat.

The site where the best emeralds in the world are found. Other famous Colombian mines are in Chivor and Coscuez.

Gemstones of the World

Rare Gemstones: How to Identify, Evaluate and Care for Unusual Gems

This guide provides concise, interesting, and practical details on uncommon gems that are now being used by designers to create distinctive jewelry. It not only lists the identification properties of the gems, but tells you where they are found, how they are used, why they are unique, how they are priced, and how to care for them. High-quality photos show the different colors, cutting styles, and varieties of each gem and give you ideas on how each can be used creatively in jewelry.